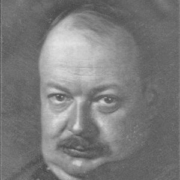 In the philosophy and religion of the East we find that this doctrine is of cardinal importance. And in the West, where philosophy and religion are less closely connected, we find that the same doctrine continually recurs, both among philosophers and among theologians. Theology never holds itself apart from mysticism for any long period, and almost all mysticism denies the reality of time. In philosophy, again, time is treated as unreal by Spinoza, by Kant, by Hegel, and by Schopenhauer. In the philosophy of the present day the two most important movements (excluding those which are as yet merely critical) are those which look to Hegel and to Mr. Bradley. And both of these schools deny the reality of time. Such a concurrence of opinion cannot be denied to be highly significant — and is not the less significant because the doctrine takes such different forms, and is supported by such different arguments.