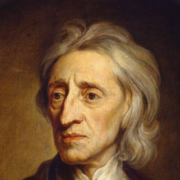 History of sciences was divided by Ernst Cassirer in two parts: in the first, the world was explained in terms of substances, in the second in terms of functions. According to Cassirer, Locke was on the border of the two, transitioning from one to the other but remaining on the old side. Cassirer explains :
[According to Locke] Knowledge (in the precise meaning of the word) may be used only when the properties of objects … will all be perfectly intelligible and certain, thus only when it will be possible to bring out immediately and to determine a priori the whole of their modalities. Now … such a command cannot be satisfied by what is taught in the sciences of Nature.… [In reality], modern science has accomplished in part only the ideal Locke has drawn; first, modern science was constrained to give to this ideal a new orientation: [modern science] thinks in agreement with Locke that it exceeds the real aim of the most exigent empirical knowledge to deduce the distinctive qualities of corporeal substances from their ‘substantial being’; but, so far, modern science does not renounce to build a network of concepts aiming to systemise the empirical data themselves.