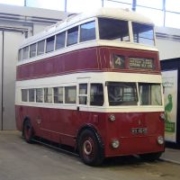 This essay is dedicated to Franco-American friendship. Unfortunately, intellectual relations between these two countries are impaired by the fact that we frequently pay no attention to each other’s philosophies, and at times, members of the two traditions bear an attitude of reciprocal contempt. The French « sciences of man » (be they structuralist, poststructuralist, or deconstructionist), do, of course, have a large following throughout North America- a following which is today even greater than in France. Yet in most American universities, these currents of thought remain confined to the literary disciplines and are rarely taken seriously in philosophy departments. No dialogue, not even a polemical one, takes place.

I would like to suggest that the concepts of play and game, or inFrench, le jeu, could provide the occasion for some fruitful exchanges between French and American philosophers. As is well known in many American circles, these notions are important to such thinkers as Levi-Strauss, Lacan, and Derrida, yet French thinkers are less familiar with the ways in which « analytic » philosophers have related to them. The notion of « common knowledge, » which will be at the center of the present discussion, first made its appearance in the « philosophy of mind » (an Anglo-American specialty), and was initially conceptualized within the framework of formal game theory. It strikes me as being obvious that there are many connections between this vein of work and some of the most typical themes in contemporary French philosophy. Yet these connections must be made explicit, which implies that we should pay at least as much attention to the differences as we do to the similarities.